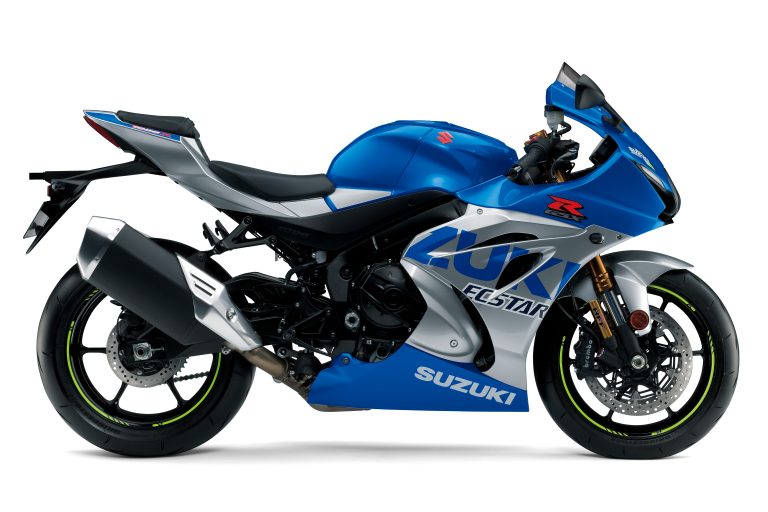 Suzuki has announced a limited edition GSX-R1000R – which will go on sale in October with an RRP of £16,999 – released to celebrate the firm’s 100th anniversary.

Limited to just 100 units in the UK, the flagship superbike sports the same retro-inspired livery as the GSX-RR MotoGP machine, with the traditional blue and slate silver colour scheme paying homage to Suzuki’s early Grand Prix machines of the 1960s.

The GSX-R – which has won races and championships in the UK, the USA, and Australia, the Senior TT on the Isle of Man, and most recently picked up three victories at the Silverstone British Superbike round last week weekend – also shares more than just paint with the GP racer. It utilises the same variable valve timing system to boost both torque and peak power and gets a comprehensive suite of electronics, which includes 10 traction control modes, a quickshifter and auto-blipper, launch control, and lean angle-sensitive ABS.

2020 marks 100 years since the inception of the Suzuki Loom Manufacturing Co. The firm began the production of motorcycles in 1952 with the launch of the Power Free, and two years later changed its name to Suzuki Motor Co. Ltd. Since then it has gone on to produce some of the most iconic motorcycles of the 20th and 21st century, including the complete GSX-R series – most notably the genre-defining 1985 GSX-R750F and the 2001 GSX-R1000 K1 – the GT750, GSX1100S Katana, and RGV250, plus Bandits and the legendary Hayabusa.

Suzuki GB’s head of motorcycles, Jonathan Martin, said, “With just 100 of these bikes available in the UK this is a unique opportunity to own and be a part of Suzuki history. The GSX-R range, and the 1000 in particular, has long been the flagship range of sportsbikes with an illustrious history both on road and on the race track. To mark 100 years of our Suzuki company it was only fitting to adopt the retro-inspired livery of bikes that have achieved and contributed so much to our history.”

Find out more about the GSX-R1000R 100th anniversary edition, here. 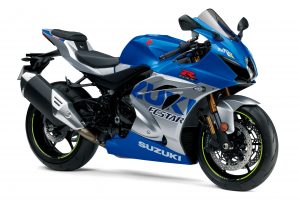 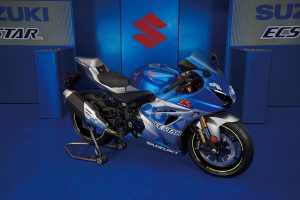 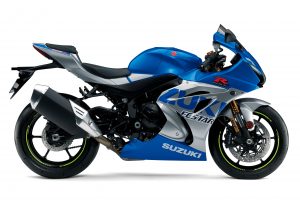 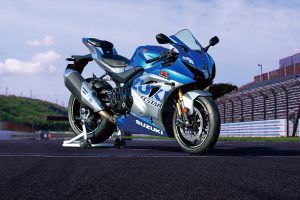 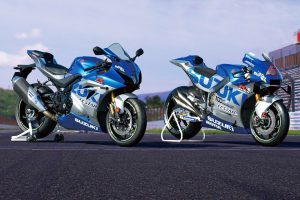 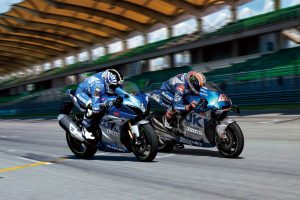 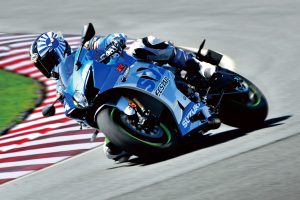 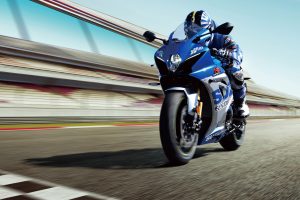