Three more of Barry Sheene’s race bikes have arrived at Suzuki GB from the family home in Australia, and two of them will be restored at this year’s Motorcycle Live, which takes place at Birmingham’s NEC from 16-24 November.

Watch the arrival and uncrating of the three bikes on YouTube here.

In conjunction with Suzuki’s Vintage Parts Programme, both the XR45 and XR23A will be refurbished and fired into life once again at Motorcycle Live, while the XR27 will be displayed alongside Sheene’s 1976 and 1977 world championship-winning XR14s, both of which were also restored thanks to the Vintage Parts Programme in 2017.

Suzuki GB aftersales marketing coordinator, Tim Davies, said, “This is another special moment for us. These bikes haven’t been back in the UK since Barry and his family emigrated to Australia, so it’s quite something to get them out of the crates and see them here again. But it’s going to be even more of a special occasion when they live again, thanks to the restoration process which will be carried out by former ‘70s and ‘80s Grand Prix technician Nigel Everett and former mechanic for Barry Sheene, Martyn Ogborne. And it’s a great opportunity for fans to again see, hear, and smell them as they would have existed at the time. We can’t wait.”

Launched in 2013, Suzuki’s Vintage Parts Programme exists to help owners of older Suzukis keep their machines maintained or help with restoration projects, with a host of parts available from cylinders, pistons, and conrods, to a range of bearings and seals, and everything in between. 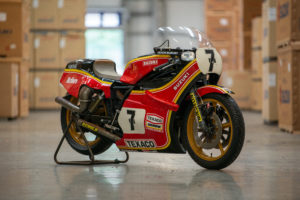 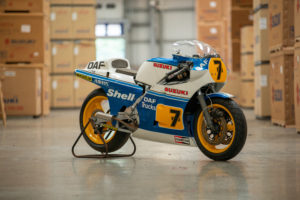 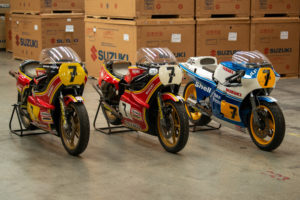 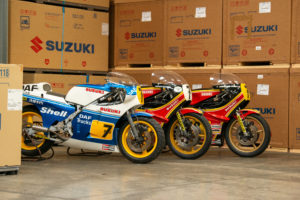 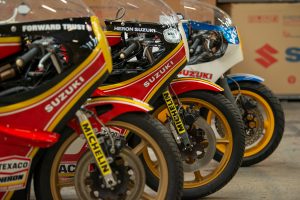 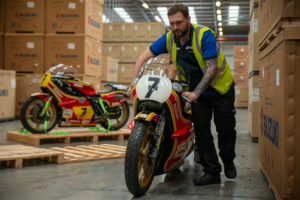 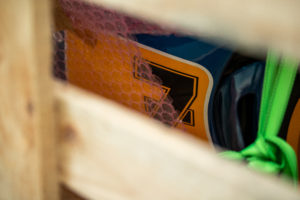 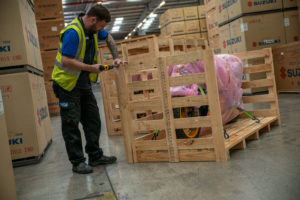